Use forensic watermarking and cryptography to protect video content from piracy - To Duhs
Have any questions:

Use forensic watermarking and cryptography to protect video content from piracy 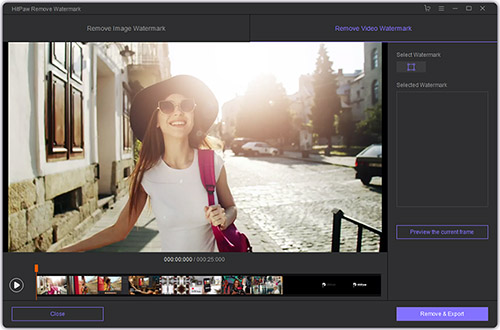 The entertainment industry has embraced video streaming as the next big thing. After Covid-19 crippled the film distribution networks, analysts predict that all major films will be released on OTT platforms simultaneously.

It takes a lot of money to produce slick Hollywood films. When it comes to distributing such high-end material, no distributor is going to take any chances with security. Technology advancements in digital rights management (DRM) and forensic watermarking have paved the way for the success of the OTT industry. It is nearly impossible to keep pirates at bay with the help of the two security technologies.

DRM protected content is streamed to user devices by each OTT platform. Decryption of video assets is only possible with a valid decryption key, which is the foundation of this technology. When a user device sends a playback request to the server, the communication must verify that the user is who they claim. It is imperative that this communication be encrypted.

Standards have been established by industry bodies for ensuring security. MPEG Common Encryption (CENC) is the most widely used standard for ISO-BMFF and MPEG-TS streams. It is possible to encrypt the entire asset or just a portion of it using this standard. When using the advanced encryption standard (AES), the MPEG-CENC standard, which is based on XML, looks for a key and its ID. Most developers use this format because it is compatible with both HLS and fMP4 containers, but this is not a requirement.

Video watermarking is still necessary to protect content owners in the event of a leak, even though encryption protects premium content from the eyes of hackers. In most cases, content encryption and watermark embedding are handled by a single DRM vendor.

The vendor extracts the watermark from any sequence of the file and matches it against its database of watermarks in order to identify the user responsible for the piracy.

The client-side watermarking can be ineffective if the developer doesn’t take care to obfuscate its code, despite its ease of use. Watermarking technology is useless if the code can be deciphered by a hacker, who can easily reverse-engineer and block the watermark insertion process. While at the same time, the device may be leaking. The same code cannot be used to protect all devices. Use device- or operating-system-specific code to ensure a foolproof arrangement is in place.

One of the most potent tools in content owners’ arsenals to enforce compliance is forensic watermarking. It is impossible to stop piracy with video watermarking technology, but it always reaches the pirate because it embeds user-specific imperceptible data in each video frame. It provides evidence for content owners to prosecute pirates once it has been extracted.

It is now common practise for high-end films starring the most popular actors to be released on OTT platforms as soon as they are finished so that pirates can steal it and restream it to users around the world. Many in the film industry believe that in developed markets, pirates could syphon off 15% of potential revenue, while in emerging markets they could syphon off 50%. In absolute terms, it is estimated that piracy generates an annual profit of USD 1 billion in the United States alone, with the European Union contributing an equal amount. How Intranet Software Can Work For Your Business